You are here: Home » Executive Team 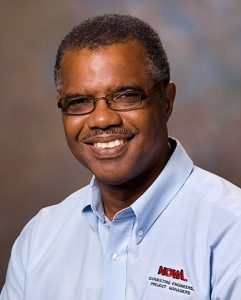 Mr. Whyte is a Registered Professional Engineer and has practiced Engineering in Jamaica and the Caribbean Region for over thirty (30) years, twenty-five of which he has been Principal/Managing Director of Consulting Engineering firm, N. O. Whyte & Associates Ltd.
During this period he has had the responsibility of directing and managing multi-disciplinary professional teams in the design, administration and construction of a wide variety of projects ranging from Water Supply and Sewerage Systems, Road Works, and Infrastructure development, community facilities.  The projects include private and commercial development in the Tourism Industry, offices, warehouses, airport facilities and coastal protective works among others.
Mr. Whyte’s analytical mind, his thoroughness and systematic engineering approach and his attention to details have earned him the respect and admiration of colleagues and clients alike.  He is one of the most popular engineers, locally.  Clients are cognizant of the fact that their best interest is guaranteed whenever he directs an assignment. 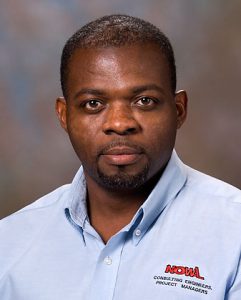 Karl McIntosh, M.ASC, B.Sc. has twelve (12) years experience in Engineering.  He Joined the company in 1995, immediately after completing his
B.Sc. Degree in Engineering from the University of the West Indies.   He was a senior engineer with the company, prior to assuming the role of Director, in June 2006.
In 2000, Karl was awarded the Canadian Commonwealth Scholarship to pursue a Master’s degree in Civil Engineering at the University of Toronto, Canada. He has been involved with several of the firm’s projects including, the Port Antonio Water Supply, Sewage and Drainage Development, Howard Cooke Boulevard/Alice Eldermire Drive Road Improvement Works, and Sangster and Norman Manley International Airports Improvement Programme.
Karl has assumed the role of being “The Project Manager” for the company.  He enjoys co-ordinating and monitoring projects with a view to having them completed within the contract period and within budget.
Karl McIntosh is a Professional Engineer, and a member of the Jamaica Institution of Engineers (J.I.E).  He is integrally involved in the activities of the J.I.E, now serving as a member of the J.I.E. Council representing the Western Chapter.

NOWAL provides Jamaica and the Caribbean region with professional engineering and management services using state-of-the art computer and communication systems, supported by an extensive software library. We have excelled by providing exceptional technical services and support, focusing and ensuring client satisfaction and meeting client expectations, and recognizing the value of […] Read more »